Response from Dept of Transport 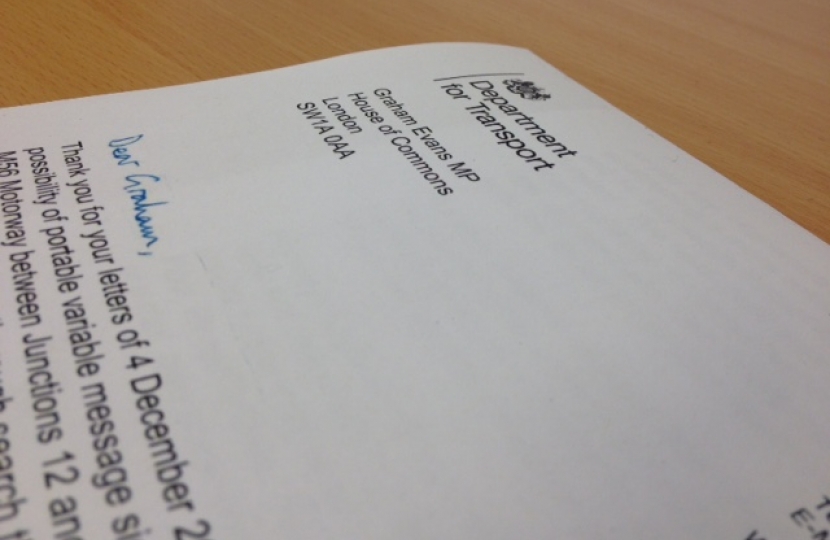 The Department of Transport has responded to Graham's recent letters regarding measures for the M56 to help ensure greater safety for those using it.

In particular Graham asked to see the introduction of more variable message signs to create a "smart motorway" between junctions 12 and 14. We are told that Highways England will consider such an upgrade as part of its "route strategy work". For major incidents, Highways England currently have the use of portable variable message signs owned by the contractors delivering the Mersey Gateway Project, and these are operational on the eastbound stretch between junctions 12-14. Graham will be writing again to ask what the plan is once these signs are taken away on the completion of the Mersey Gateway project.

In addition, Graham asked that a much more robust plan be established by Highways England and its partners for handling incidents between junctions 12 and 14. Graham has been told that Highways England is chairing a multi agency meeting where Highways England hope to have a "closure protocol" document for the M56 approved and then implemented. Graham will be writing to ask what the current situation is regarding this document and its implementation.

In addition, Graham has been informed that a training programme is currently underway to ensure that staff can operate the emergency crossover gates safely and in accordance with protocol.

We'll keep you up to date as and when we hear any more information!