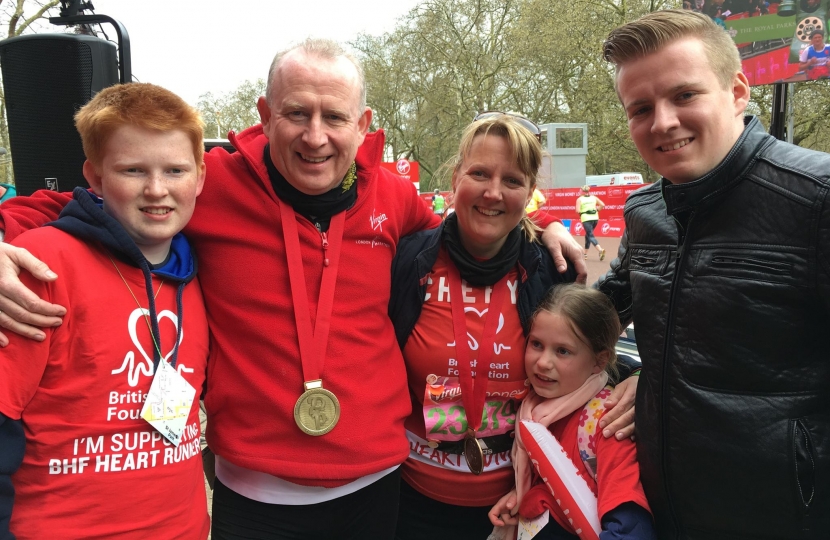 Graham is a local Cheshire man, born and raised for the first 20 years on a council estate in Poynton. His father was a wages clerk and his mother was a bar maid. He attended his local comprehensive school, leaving with few qualifications, and worked in a nearby supermarket stacking shelves.

Graham went on to study at night school as a mature student, graduating from Manchester Metropolitan University Business School with a Business Degree and Diploma in Marketing Management. He had a successful thirty year business career in manufacturing, working for companies such as BAE Systems and Hewlett Packard, eventually becoming a Company Director. He carried on with his studies at the Royal College of Defence Studies going on to get an MA from Kings College London in International Security Strategy.

He has always served his local community, spending four years as a Special Constable in the Cheshire Constabulary and ten years as a local Councillor and school governor in Macclesfield.

In July 2007, he was selected in an open primary by residents of Weaver Vale, regardless of which party they normally support. For three years he tirelessly campaigned across the constituency, and was first elected in 2010 with an 8.1% swing, the highest swing in the country.

Graham was re-elected as Member of Parliament for Weaver Vale in 2015, confounding the pollsters, again pledging to work hard for all constituents and put them before everything else in politics.

Above all, Graham is a family man, and loves spending time with his wife Cheryl and three children, George, Tom and Sophie in the beautiful English countryside.