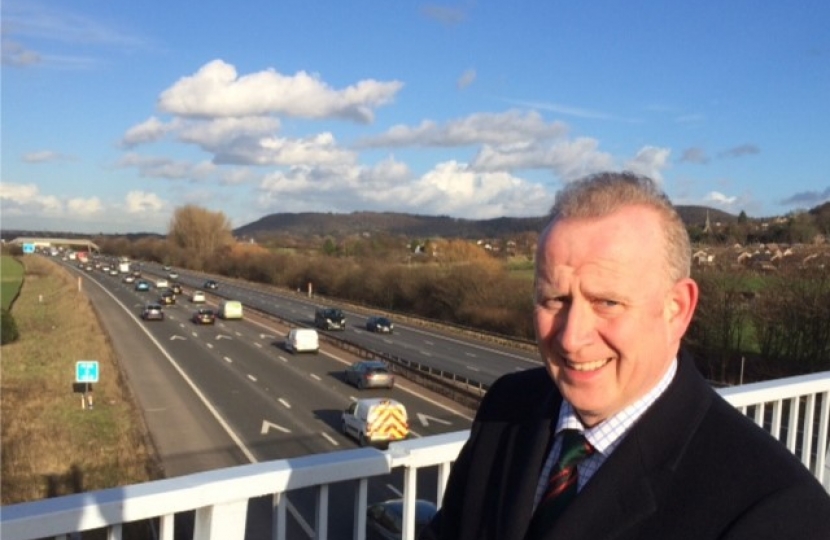 Graham calls for greater safety measures on the M56

“I routinely use the M56, my office is just off Junction 11 at Sci-Tech Daresbury,” said Graham, “There have been a number of serious accidents on the M56 notably along the stretch between Junction 12 and 14.  I have serious concerns about safety along this stretch of Motorway.”

Graham is calling for huge investment into this stretch of the M56 to help make it safer for all those who use it. “This stretch is of particular concern as it is long, flat, and with very little technology or electronic signposting alerting drivers to potential hazards ahead,” continued Graham, “As a predominantly East-West Motorway, the setting sun can have severe safety implications, making it extremely difficult for drivers to see. This is especially so during Autumn and Winter when the sun is lower in the sky.”

Graham has written to the Chief Executive of the Highways Agency to set up a meeting to discuss safety along the M56, but along this stretch (J12-J14) in particular.

Graham’s also written to the Chief Constable of Cheshire Police to seek their expert advice and recommendations on safety improvements.

“I will be lobbying for a “Smart Motorway” with more technology and electronic signposting along the M56 – along the lines of the project introduced on the M60 / M62 that saw over 200 electronic signs installed. I have helped deliver improvements on the Motorway before, getting a large stretch resurfaced dramatically decreasing noise pollution for nearby residents, and I shall campaign vigorously for these improvements.”

Smart Motorways in England are using technology to better manage congestion and improve safety. This involves the latest technology being installed to monitor traffic levels, provide traffic information to road users, and ease congestion by using variable speed limits on overhead message signs. The most important feature of the new smart motorways is the Red X sign used to indicate when a lane is closed due to an incident or obstruction. This gives drivers early sight and warning of potential hazards on the road ahead allowing them to take action or change lane.