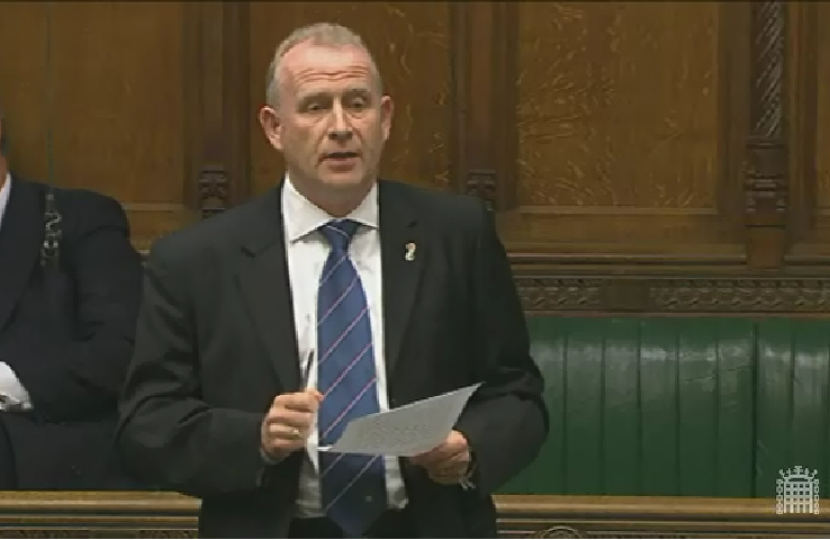 Graham Evans: I thank my hon. Friend Jesse Norman for securing this excellent debate. I remember visiting that great club Hereford United in January 1990 for an FA cup fourth-round match in front of 13,770 people. I also remember going to a football match in 1975 in which Tony Currie played for Sheffield United; on that day they lost 5-1 in front of 61,000 people.

Weaver Vale is blessed with several football clubs. Derek Twigg mentioned Runcorn Linnets, which is an excellent example of a community coming together to start a new football club. It is very well run and very well supported. We also have Witton Albion, which was formed in 1887 and is a very popular club. We also have a new club called 1874 Northwich FC, which was formed by supporters of Northwich Victoria football club, which, unfortunately, does not play in the town anymore. Indeed, it no longer plays in the county. It suffered a similar fate to Hereford United.

As the father of two young boys, and as a touchline dad, my proudest moment at the weekend is seeing my sons put on their football boots and run on to the pitch, although I am a little concerned that my younger son’s nickname is “Cruncher Evans”. I want to talk briefly about the recent decline in the number of regular players. There are now 250,000 fewer participants in grass-roots football than there were only a year ago. The figures show that there is a real need to engage with grass-roots football to help support organisations, supporters and players. In my experience, it comes down to mums and dads organising the participation of younger players.

Having said that, I am proud that the Government have invested £80 million in football facilities over the past year via Sport England and are working jointly with the FA and the premier league. The Government are also committing £100 million for the Football Foundation to continue delivering higher-quality facilities. I remember visiting the excellent facilities in the constituency of Jonathan Reynolds—all I can say is that we in Cheshire are very envious. In addition, Sport England will be investing £1.6 million to create a grass-roots city of football, an innovative trial looking at new ways of encouraging people to play the game, including casual and small-sided matches.

I want to pay tribute to Sport Cheshire and to Cheshire FA. Sport Cheshire’s excellent chief executive, Anne Boyd, works tirelessly to encourage young people to take up sport, not just football. I am impressed by the number of girls who are taking up the sport.

In conclusion, the Government can play a role, but I believe that communities also need to come together. It is down to mums and dads, working with local authorities. There is still an awful lot to do, but I believe that, by working together, we can secure an optimistic future for grass-roots and non-league football.