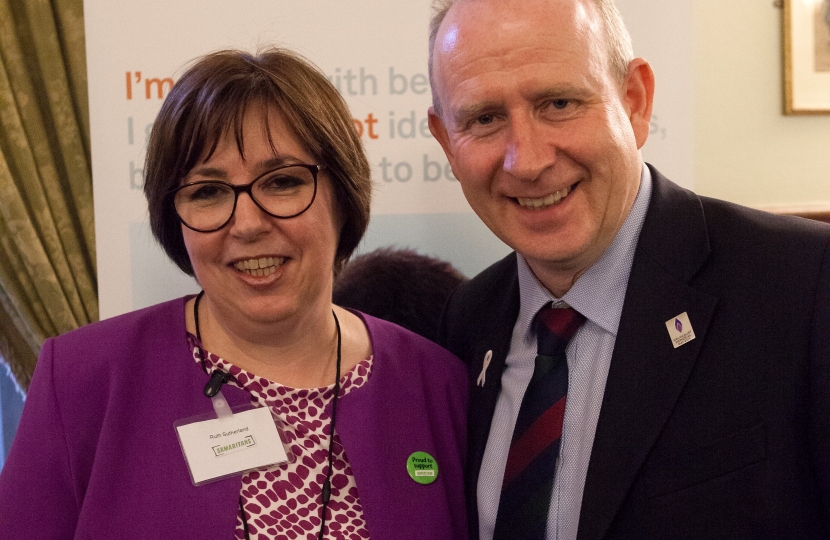 Graham Evans, MP for Weaver Vale attended a meeting at the House of Commons for MPs on 23rd February, where Samaritans called for health workers, including GPs and nurses, to receive targeted training so that they can potentially save lives.

More than 6,000 people died by suicide in the UK in 2014, figures released by the Office for National Statistics on 4 February revealed.

The Samaritans launched its We Listen campaign, supported by Network Rail and the wider railway industry, and called for training which has been a fundamental element of the Network Rail partnership to be extended to health workers and other industries.

More than 11,000 railway workers have been trained to identify and approach vulnerable people at risk of suicide on the rail network since the partnership began in 2010.

Samaritans CEO Ruth Sutherland said: “We know that dedicated NHS staff provide fantastic care and we think they should have the chance to increase their expertise in mental health and emotional wellbeing.

Widening participation in suicide prevention training could make a big difference, she said.

“Carrying out an audit of training throughout the UK and pinpointing what is most effective would be a good first step. Samaritans is calling on the Government and MPs around the country, to use their influence to get the message out about the need for more suicide prevention training.

“If health workers know what to look for, we can save more lives. Samaritans’ six year partnership with Network Rail has convinced us of how effective the right training can be.

“In the UK and Ireland, every 90 minutes someone dies by suicide, and it is the biggest killer of men under 50 and young people aged 20-34.

“Suicide is not inevitable, it’s preventable. Samaritans believes that by working in partnership with others, fewer people will die by suicide.”

Graham Evans said, "I am happy to lend my support to Samaritans call for NHS staff to get the training they need to identify people at risk of taking their own lives. Suicide is an avoidable tragedy, and I look forward to working with Samaritans to make sure all the appropriate agencies are doing everything they can on this issue both nationally and in Weaver Vale.”

Extending the training to other industries has the potential to save more lives. Samaritans knows from its work with people at risk of suicide how important it is for frontline health staff to have the confidence and skills to be able to recognise and respond to the warning signs – before people reach crisis point.