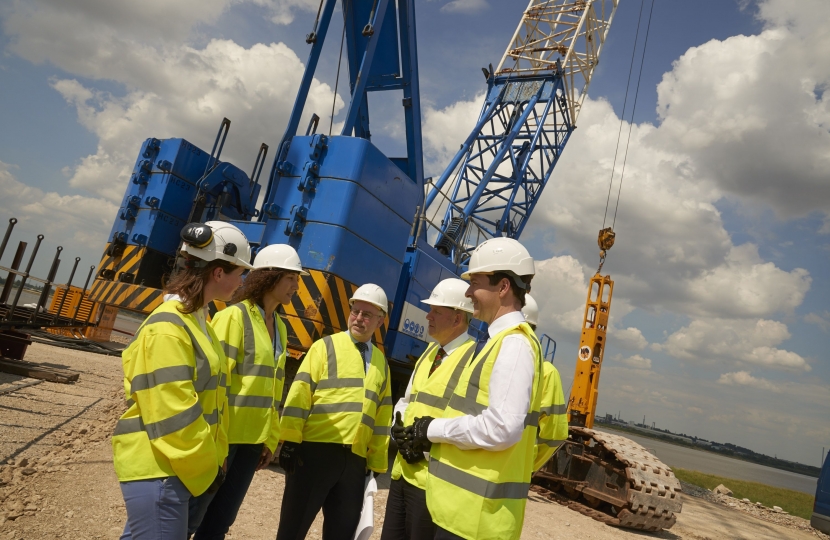 Following persistent and effective campaigning by Graham Evans, the Chancellor George Osborne is to re-examine tolls on the Silver Jubilee and Mersey Gateway Bridge for residents in the Cheshire West and Chester area.

Work began on the Mersey Gateway Project in May 2014 with a completion date of autumn 2017 for a brand new six lane bridge over the Mersey from Runcorn to Widnes.

The decision to toll both the Mersey Gateway bridge and the existing Silver Jubilee bridge from 2017 was originally made in 2008. But Graham Evans, MP for Weaver Vale since 2010, has been campaigning for the Government to allow toll free access to both bridges.

In 2014, it was announced that Halton residents will not have to pay the toll - and now Graham Evans has secured a re-examination of the toll to be completed this year.

Mr Evans has said he will continue to campaign passionately throughout this process to make sure that residents in Cheshire West & Chester - including Frodsham, Helsby and Northwich - do not have to pay the toll.

“This is great news for hardworking commuters and residents. In July 2014 I helped secure toll free access to the bridges for Halton residents, and I’ve been lobbying hard for Cheshire West residents. This brings us one step closer.

"People in Frodsham, Helsby, Northwich and the surrounding areas now have a question to ask themselves: who do they want fighting their corner in this review? Do they want me, the Conservative who has championed investment in our area at every opportunity, successfully campaigned for the re-opening of the Halton Curve, the re-surfacing of the M56 to reduce noise pollution and indeed secured toll free for Halton residents

"Or do they want a Labour candidate, whose Party when last in Government had no plans to offer anybody free tolls over the new bridges?"