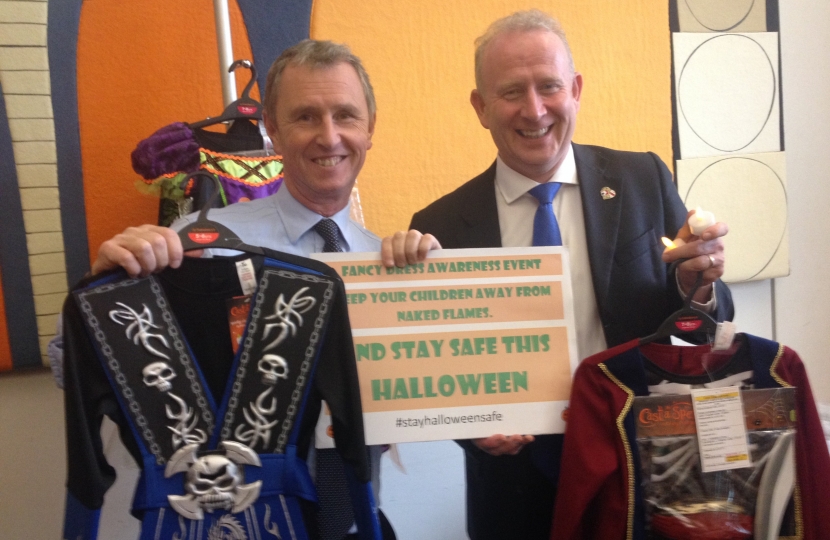 When Graham launched his campaign to raise awareness of the high flammability of children’s fancy dress costumes he promised to hold a parliamentary event to highlight this issue to his parliamentary colleagues. All 650 MPs were invited to Graham’s awareness event which was held today in the House of Commons.

“Today’s awareness event in parliament went really well,” said Graham. “It was attended by MP’s from across the political spectrum and I hope that it will help to spread the message of the potential dangers of fancy dress costumes.”

I was also delighted to welcome representatives from Sainsburys supermarket. Sainsburys is one of several supermarkets to up their safety standards for fancy dress costumes. In addition, they are also re-designing costumes to take try and slow down the progress of flames. Those present were Colin Bradford - Head of Non Food Technical and Ethical Practices, GM, Clothing & Entertainment and  John Carolan - Head of Buying- Childrenswear, GM, Clothing & Entertainment.

“It should be remembered that whilst efforts are being made to try and make these costumes less flammable, clothes will still burn if lit. Therefore, I’m also urging people to #stayhaloweensafe and use LED candles instead of naked flames.”