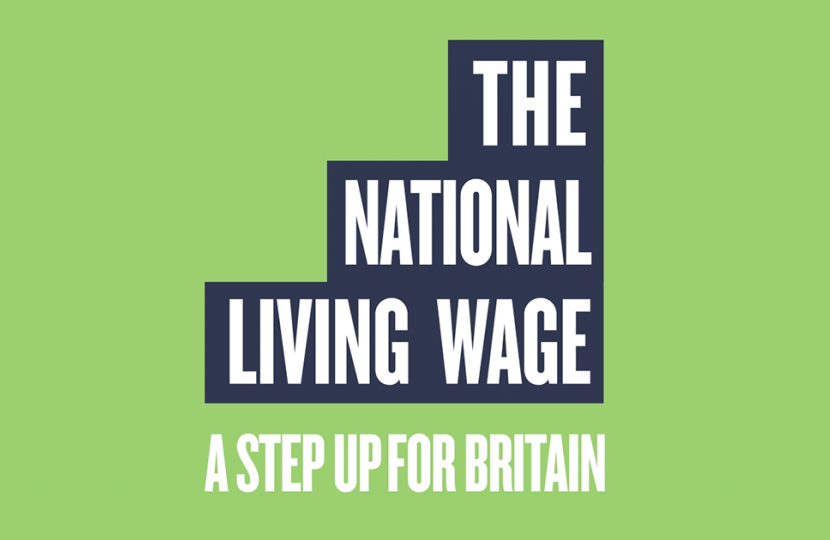 Graham Evans has welcomed the launch of the Conservative Government’s new National Living Wage – giving a big boost to the lowest-paid in Weaver Vale.

From 1 April 2016, workers aged 25 and over and not in the first year of an apprenticeship will be legally entitled to at least £7.20 an hour under the National Living Wage – that’s an extra 50 pence an hour compared to the National Minimum Wage – a £20 a week pay rise for a full time worker.

1.3 million hardworking people across the country are expected to benefit directly from the National Living Wage – which is set to rise to £9 an hour by 2020 – while 6 million could see a pay rise as a result of a ripple effect pushing wages up across Britain.

At the same time, we’re increasing the tax-free personal allowance so that hardworking people keep more of the money they earn. From 6 April 2016 the personal allowance will rise to £11,000 – a saving of £80 – and from April 2017 it will rise again to £11,500 – taking 1.3 million of the lowest-paid workers out of income tax altogether and giving a tax cut to 31 million across the country.

Workers and employers can find more information online at www.livingwage.gov.uk.

Graham commented, ‘Weaver Vale deserves a pay rise and I’m very proud to be part of a Conservative party that is delivering the higher-wage, lower-tax, lower-welfare economy we all want to see.

‘Boosting wages and making sure that more families have the security of a decent, regular pay packet, while ensuring that people are always better off in work, are at the heart of our long-term plan.

‘We’re backing hard work and aspiration – creating opportunity for hardworking people across Weaver Vale – and, with more people in work than ever before, our plan is working.’