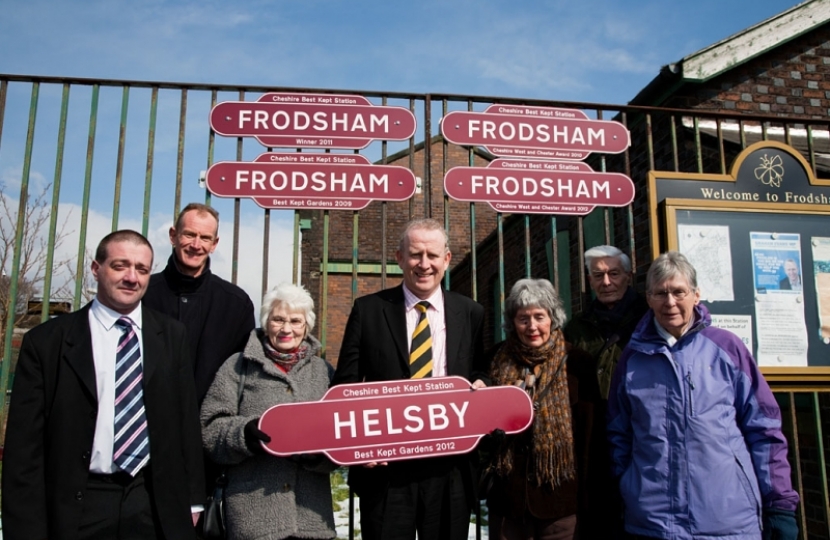 Local MP, Graham Evans, is delighted that his Halton Curve Campaign has moved one step closer to fruition. The case for the Halton Curve is set to be examined by the Liverpool City Region Combined Authority in April.

"I have been campaigning for the re-opening of the Halton Curve line for many years now," explained Graham. "The re-opening of this line is a cost effective way of connecting Halton, Cheshire, and North Wales together. It'll provide a huge boost to the local economy and will make Weaver Vale an even better place to live, work and invest in."

When I launched this campaign, my petition attracted mass support from local residents who all felt the same, and since then I have been working closely with the Chancellor, the Department for Transport, Merseytravel, Cheshire West and Chester Council, Halton Council and North Cheshire Rail Users Group and North Cheshire Rail Users on this very important transport link. It was great news in July 2014 when The Chancellor confirmed the £10.4million of funding needed to modernise the signals on the line and re-open the track."

"If the meeting in April gives the plans the go ahead then we could see direct trains from Frodsham and Helsby to Liverpool as soon as May 2018. This will connect the whole region helping it to continue to prosper, and making life easier for commuters. This is ultimately what I've been campaigning for and I shall keep banging on departmental doors until we get there!"