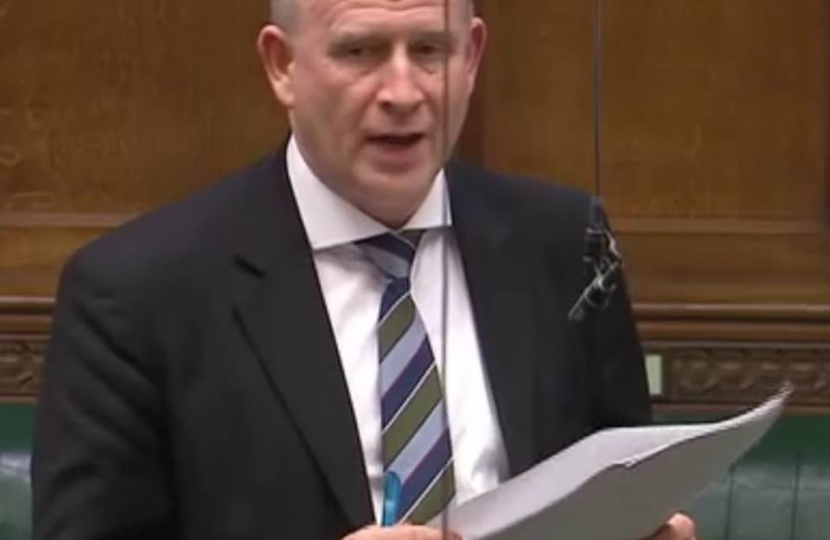 “I was delighted today to raise the issue of the M56 in Parliament as part of my #SaferM56 campaign,” said Graham.  “This stretch of road is becoming increasingly dangerous, with accidents and delays happening all too often. Something must be done. Those who have been following this campaign will know that I held a multi-agency meeting in October with members of Highways England, police and local authorities. Some of the points raised in this meeting, I spoke of today in the debate.”

Whilst the main priority of calling the debate was to make this section of the road safer, the other aspect is the huge delays and disruptions that incidents on the motorway cause to motorists and the surrounding areas. One of the key things in preventing the build-up of tailbacks following an incident is moving vehicles away from the area as quickly and safely as possible  and today, Graham called on the Transport Minister to make it his priority to investigate an alternative traffic management plan for the M56 in the event of an incident occurring. “Obviously, tailbacks and delays can also have a knock on effect on other constituencies such as Halton, Chester and Ellesmere Port, and it was great to see my colleagues supporting this debate. I am a great believer in cross party working and this is an issue which is important to all our local residents.”

“We need to work to sort this issue out, not only to make it safer for those who are travelling along this stretch of road, but also for all those living in the surrounding communities including Frodsham, Helsby, Norton, Beechwood, Preston Brook and Sutton Weaver for whom day to day travel around their towns and villages is becoming increasingly difficult. I will continue to lobby for a #SaferM56 and if you would like to join with me in my #SaferM56 Campaign, please email me at saferm56@grahamevans.org.uk.

Together we can help make it a #SaferM56.”