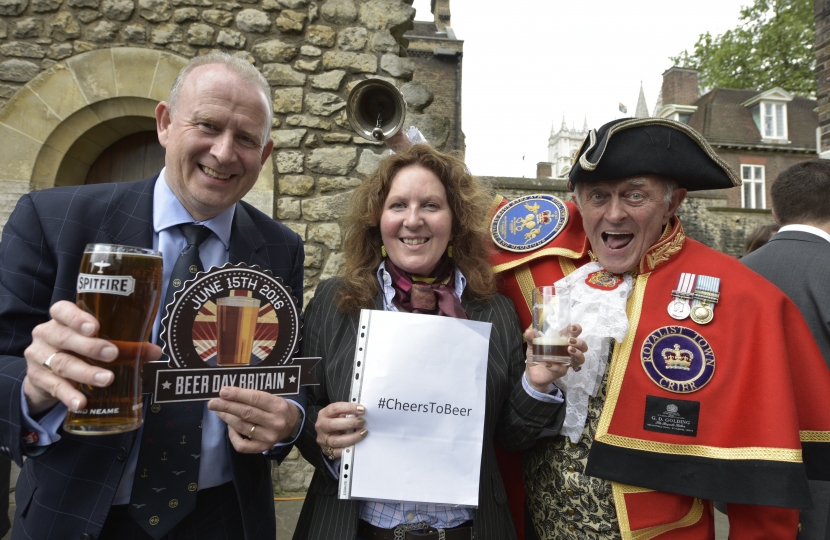 Beer lovers across the country will join in raising a glass and saying ‘Cheers to Beer’ at 7pm on June 15th, the same date the Magna Carta was sealed in 1215. People can also use the hashtag #CheersToBeer to join in the celebrations across social media.

A pop-up pub, The Britannia Arms, was set up by Britain’s oldest brewer, Shepherd Neame, in the grounds of the Jewel Tower opposite the House of Commons. MPs and peers were able to sample beer and great pub food from across the UK and join in the celebrations.

The Jewel Tower is brimming with history when it comes to beer - it is where, in the 19th century, the pint was officially recognized as the legal measure for draught beer.

Many of the most famous beer styles brewed around the world were invented in Britain, including Pale Ale, India Pale Ale and Stout, and Beer Day Britain, now in its second year, will look to champion these British styles, and raise the profile of beer as Britain’s national drink, making people proud of Britain’s beer and pubs.

Beer Day Britain is supported by major organisations in the beer industry including Britain’s Beer Alliance, the British Beer & Pub Association, Society of Independent Brewers, Campaign for Real Ale, Cask Marque and others, and was instigated by Beer Sommelier Jane Peyton.

“Beer Day Britain promises to be a great day again this year, and I hope everyone joins in celebrating our national drink, and saying ‘Cheers to Beer’!”