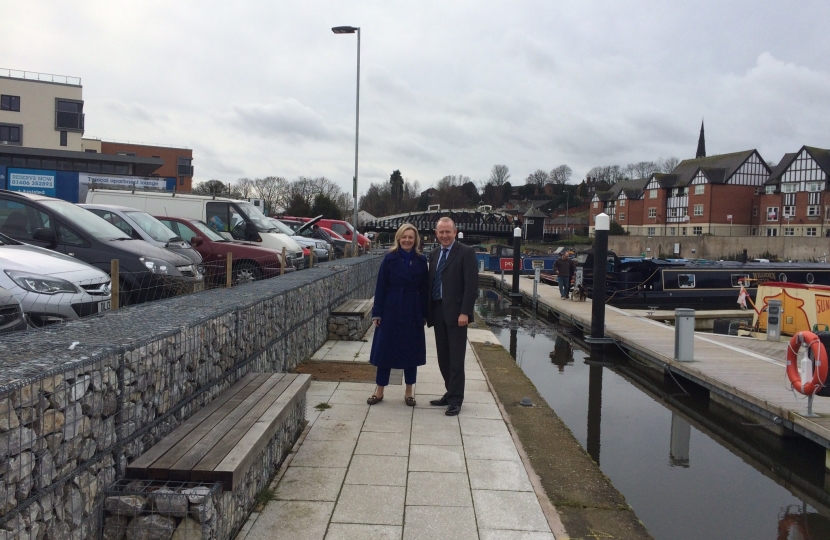 Northwich MP, Graham Evans, has written to the Chief Executive of the Environment Agency and the local council to ensure that good preparations are in place in the event of potential flooding.

“With Storms Abigail, Barney, Clodagh, Desmond, Eva, Frank, Gertrude, Henry and now Imogen, we all know that winter 2015/2016 has caused some terrible flooding – especially to the North of England. I’m really pleased that Northwich now has excellent new flood defenses which will make sure we don’t see scenes like we did in 2012,” explained Graham, “However, weather is truly unpredictable, and we cannot rest on our laurels. December's Storm Desmond set a new record for the highest rainfall in a 24-hour period and even existing defenses were “overtopped” leaving thousands of homes and businesses flooded.”

“With that in mind, I wanted to make sure that we are as prepared as we possibly can be in the event of yet more storms battering the north of England, and potentially causing damage more locally here in Northwich. The key thing in those situations is to act quickly and we have seen the fantastic community spirit in towns and villages which have suffered. I have no doubt that should anything happen in Northwich, we will see that level of community spirit, I just want to make sure that the relevant authorities play their part too.”

“I hasten to add that at present, there is nothing, meteorological or otherwise, which would suggest that the Northwich flood defenses won’t succeed in keeping flood waters away from our town, but I’m also a member of the Council of the Scout Association, and with that hat on the moto has to be - ‘be prepared’.”