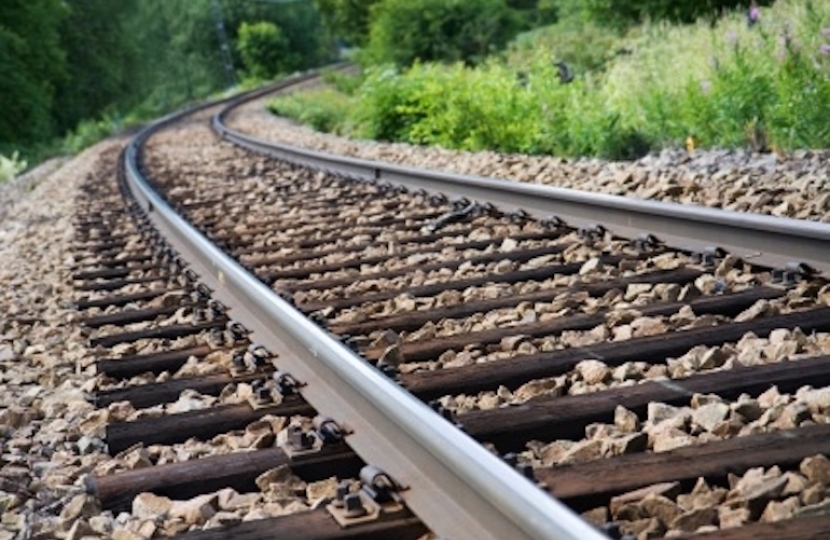 About the Halton Curve:

Graham Evans MP  launched a campaign calling for the Halton Curve to be re-opened to provide a link from Frodsham to Halton and the Liverpool Mainline. This would mean residents around Frodsham and Helsby would be able to travel to Liverpool without changing at Chester Station. In July 2013 Graham called on local residents to support his camoaugn via na online petition.

Currently the Halton Curve is a one track route which is used for freight and a single weekly service in the summer. The relatively simple addition of another track would provide a new low cost, high benefit transport system here in Weaver Vale.

I am raising a petition to show the Department for Transport that there is a real need in Weaver Vale to put in place another track to provide a cheap, reliable and fast service which will be used by all.

Since its closure, the demand for public transport has increased as the cost of running personal vehicles has gone up dramatically. Equally, we should be looking job creation across Weaver Vale and it has been predicted that some 500 permanent jobs could be created by the project.

Please show your support for a better transport system for Weaver Vale by adding your name to the petition here."

Graham Evans MP is delighted to announce that the Chancellor of the Exchequer has today confirmed that £10.4 million in funding has been allocated to restore the Halton Curve.